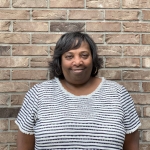 Cassandra has been with the agency since September 2004. She has worked in the field of HIV/AIDS since 1988. Building on her degree in Urban Studies from Georgia State University, Cassandra has extensive experience in housing and medical case management. She administers the Housing Opportunity for Persons With AIDS (HOPWA) funds for housing assistance and supportive services and provides case management to clients. 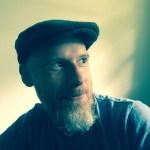 Chris joined the agency as a case manager in the Monroe office in April 2015. A British native, Chris became a permanent resident of the United States in 2014 bringing with him over 15 years of experience in social and health care services. He was not only a registered nurse in the United Kingdom, but also worked in the criminal justice system. His previous position focused on rehousing homeless individuals with complex health and social needs. Chris is very excited to be a part of the Live Forward team and to work with the HIV/AIDS community. 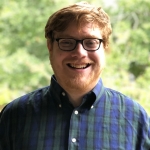 Matt Hargroves joined the Live Forward team in October of 2019. A Savannah, GA native, Matt moved to Athens in 2012 to study Sociology at the University of Georgia, graduating with a bachelor’s degree in 2016. After graduating, Matt worked with men in recovery from substance abuse disorders, and later with people experiencing homelessness. Matt is passionate about seeing his clients achieve their greatest possible degree of independence and is excited to put his skills to work with the Live Forward community. 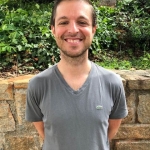 Jordan joined the agency in November 2019, after having previously worked as a psychotherapist at both the Samaritan Center and Harmony House. He completed the Master of Social Work degree at the University of Georgia in 2018. He is particularly interested in LGBTQ+ issues and in improving sexual health education for all. 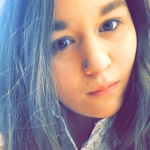 Paisley joined the Live Forward team in May 2019 after graduating from University of Georgia with a Master of Social Work degree. They have experience providing case management for individuals experiencing homelessness, as an advocate for immigrant/refugee communities, and in creating structural change to address poverty. Paisley is passionate about working with individuals living with HIV/AIDS and the LGBTQ+ community. They are excited to join the Live Forward team! 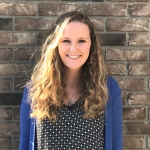 Maddie joined the agency in January 2019 after completing dual Master of Social Work and Master of Public Health degrees at the University of Georgia. She has provided case management and group counseling services to people struggling with substance abuse, as well as individual trauma-focused counseling for kids with histories of abuse. She is excited to put her social work and public health skills to work as a part of the Live Forward team. 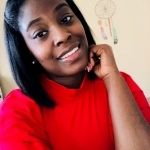 Shekiuna joined Live Forward as a Case Manager for the Monroe office in February of 2018 after completing a Bachelor’s degree in Human Services from Kennesaw State University. Shekiuna worked as a Transitional Housing Advocate for women and children who are survivors of domestic violence in Cobb County and surrounding areas as well as an Emergency Shelter Advocate for individuals living with HIV/AIDS in Metro Atlanta. Shekiuna volunteered internationally in Uganda, Africa for 3 months to serve as a primary school teacher’s assistant for young boys and girls. She also spent time at a non-profit in Uganda, reuniting displaced children of a small village called Entebbe with their families or foster families. Shekiuna is delighted to be a part of the Live Forward family helping to reduce stigma, but to also promote wellness and self-sufficiency. 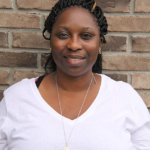 Adriane is the former Transitional Housing Coordinator for Peace Place Inc., A Domestic Violence Organization in Barrow County, Georgia, where she assisted Domestic Violence survivors on how to increase employment skills, stabilize their income, and obtain safe, permanent housing and progress toward violence-free self-sufficiency. Before joining Peace Place, Adriane was a Mortgage Loan Officer for over 13 years where she assisted first time home buyers with budgeting and credit repair to achieve their dream of home ownership. 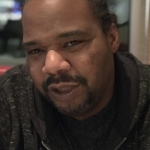 On June 7th, 2014 Syn was told he was HIV+ by Live Forward team members. His first words were “I think I just lost cabin pressure give me a second.” After what felt like hours he collected himself and asked “What now.” After reflecting with close friends and family he made the choice to be someone living openly with HIV, pushing the idea of No Shame, No Stigma. Soon he began to educate himself on all things HIV and became certified as an Educator. Learning this, It was his former case manager who encouraged him to do this first speaking event at AIDS Walk 2014, afterward he would be invited to speak at a World Aids Day event and so began his path as a Public Speaker. He became a member the Testing team during the Spring of 2017 and was later asked to step into the role of Client Advocate, it was during his time in this role he would  met the young man who would become his son. See Live Forward isn’t just an agency for Syn, it is a family, a community. Now he has joined as the Outreach & Prevention Manager taking the skills he learned over the years and once again putting them to use for the community, and he couldn’t be anymore excited to do the work.